Retailers That Went Bankrupt & What We Can Learn

E-commerce has completely changed the face of business in today’s world, especially with the entry of Amazon, the world’s largest e-tailer (and a nightmare to retailers).

The founder and chief executive officer of Amazon, Jeff Bezos, started the company by first selling books. With a goal to turn Amazon into an ‘everything’ store, the company later expanded its product offering to include food and clothing. Now, it basically sells anything you can think of! The speed at which Amazon grew made online business a major trend in the consumer world. 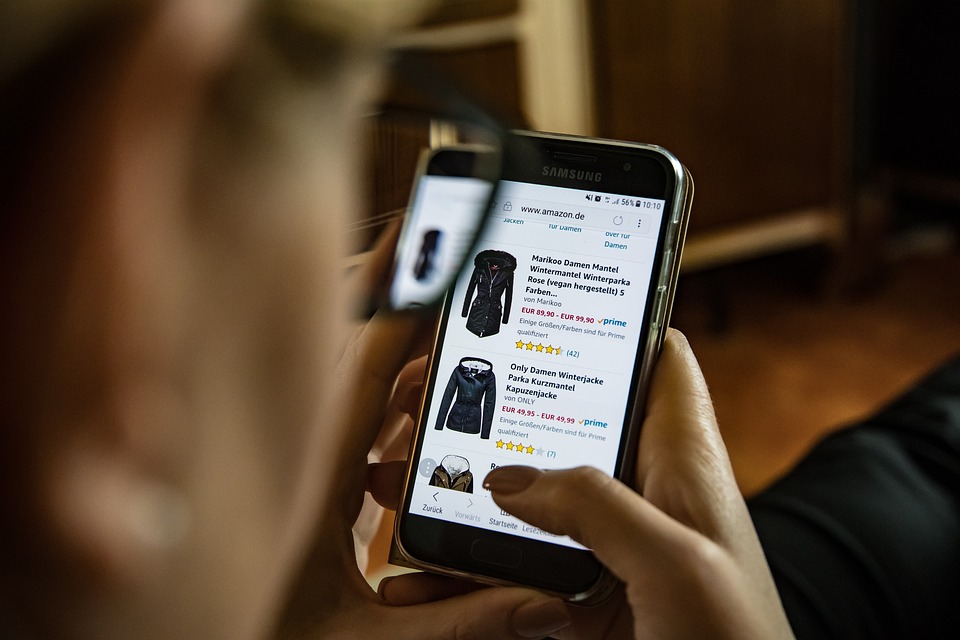 Observing this feat of success led traditional organizations to move into the click and mortar business model. This translates into having both an online store presence along with a physical store.

But how do we know for sure that this is the way to go? Well, the companies that did not embrace this tactic had observed a misfortune. Let’s see a few examples of retailers that could not keep up with changing consumer behavior and went bankrupt.

Despite the winds of change, this popular jeans company — known for its five-pocket jeans in the 90s and early 2000s — made the wrong choice of investing vast amounts on its physical retail stores. From 2008 to 2015, the company invested $90 million in capital expenditure mostly on its stores. The investments resulted to be “ill timed, excessive and unfruitful”, an article by CBS News reported.

Besides that, the company’s substandard cyber security, as well as store security, caused it to lose $1.2 million over a span of three years, Reuters reported. Based on several reports, the company claimed that internet “spoofers” i.e. frauds with fake email IDs sent them invoices which the company did not detect and had gone on to pay them at the time.

With more consumers shifting towards online shopping, the company could not make a profit for several years. In fact, according to an article in International Business Times, their revenue dropped by a disturbing 53% during the period of 2013 to 2019. In addition to that, costly leases became troublesome to pay with the lack of incoming cash flow. Altogether, the company did not see any shrine of light coming their way to save them.

So how could have Diesel done things differently?

Firstly, the whole scenario would be different had they adapted to shifting consumer behavior and embraced the click and mortar model. The $90 million investment could prove to be fruitful if the company had foreseen the benefits of having an online presence and invested the money on building that prospect rather than on its physical stores.

With that in mind, having an online presence means one needs information security officers to manage and oversee customers’ and the company’s privacy protection. They would be able to tell apart a real invoice from a fake one, therefore saving the company the headache of being spammed by the “spoofers”.

With less physical stores and more sales coming from online stores, Diesel would be able to pay for costly lease and make their business more sustainable.

Finding it hard to keep up with the competition coming from online stores, Nine West, a footwear and apparel retailer from the US, decided to close down its physical operations in Canada and the US. As the traffic to physical stores started declining and that for online shopping rose, retail shops slowly started going out of business. Due to poor management of stores in Asia, the company closed down its shops in China, Taiwan, and Hong Kong.

According to Biznow, as much as 80% of its sales came from wholesale department stores, who were also facing the same risk. This, coupled with their failure to keep up with the latest shopping trends resulted in an excess of inventory and reduced consumer demand. Eventually, one loss led to another and they ended up in a vigorous debt of more than $1 billion, CNN Business reported.

Apart from all the financial issues, reviews from Glassdoor revealed that upper management was having trouble keeping employees happy. The negative reviews on upper management date back to several years, indicating that no changes were implemented.

Giving store managers proper training and putting in the effort to create a better work culture early on would have been a good start. For the sake of the company’s success, making employees happy should be a priority. What any business would want is for their employees to go home with a smile on their faces.

Also, rather than targeting multiple consumer groups, going forward with a niche target market might prove to be more favorable for the company. In addition to that, investing in building an online presence and on research and development (R&D) would have increased their odds of success in the market.

With a click and mortar approach in business, the losses in physical retail shops could have been canceled out, which in turn could reduce losses for the company.

Keeping up with fast fashion was a great challenge for Aeropostale. Fast fashion brands such as H&M, ZARA and Forever 21 managed to capture the young adult and teenage customer base with their ability to adapt to fast-changing trends and moderate pricing strategies.

While teenagers gravitated towards a rugged vintage style, Aeropostale began to lose its reputation as a stylish brand. Despite appointing Youtube and social media star, Bethany Mota, the company could not compete with the online presence of the retailers mentioned above, a similar issue faced by Nine West.

According to CNN Business, Aeropostale emerged with a total debt of $390 million and was losing money for 13 consecutive quarters. In fact, the company got delisted from the New York Stock Exchange in April 2016.

Similar to Nine West, Aeropostale employees were reportedly not treated very well. One employee wrote in an email saying: “We feel undervalued and underappreciated.”

Was this doom inevitable for Aeropostale? Not if they had a few effective strategies lined up.

First and foremost, in a growing e-commerce world, having an online store as well as a physical one is one of the key success factors for traditional businesses like Aeropostale. A click and mortar approach would give the company better insights about changing consumer styles, preferences, and interests, and give them a wider reach. This is where R&D could come in to help Aeropostale develop creative ideas for their clothing lines according to seasons.

Both with a niche target market and a sense of preparedness to adapt to changing seasonal trends, the company would have had a chance at saving its business.

Bringing It All Together

As we can see from the above discussion of these bankruptcies, they have all made some common mistakes. The first mistake being, not embracing the click and mortar way in a booming e-commerce business landscape. When companies successfully create their online footprint, it gives them insights into the ever dynamic customer wants and needs.

This gives a solution to the second mistake; not knowing what customers want. Keeping up with seasonal trends and consumer tastes are vital for the success of a fashion retailer. To avoid losing money on wasted inventory and creating debt, investing in the right channels (and R&D) is crucial.

In a click and mortar business, consumers get access to both the comfort and convenience of shopping from home when they do not want to go out, as well as the chance to see the product in person, especially if it’s a premium one.

In addition to that, it’s important to ensure employees feel loved, welcomed and appreciated as they are the company’s assets.

Lastly, it is important to remember that online businesses also have their fair share of risks. To protect consumers and business data, having a full proof security system is a top priority. Managers need to be aware that their customer and employee information must be kept secured.

Startup companies, take note, these are some of the things to keep in mind in order to make the business successful. Otherwise, a new business may end up like the retailers that went bankrupt.

Lava is a cloud solutions provider and an authorised Salesforce Partner in Malaysia. We have more than a decade of experience in CRM solutions which includes sales, customer service, marketing, implementation, change management, and consultation. We pride ourselves in not just being a CRM partner but in also understanding the needs of our customers and taking their business to the next level.

You have Successfully Subscribed!